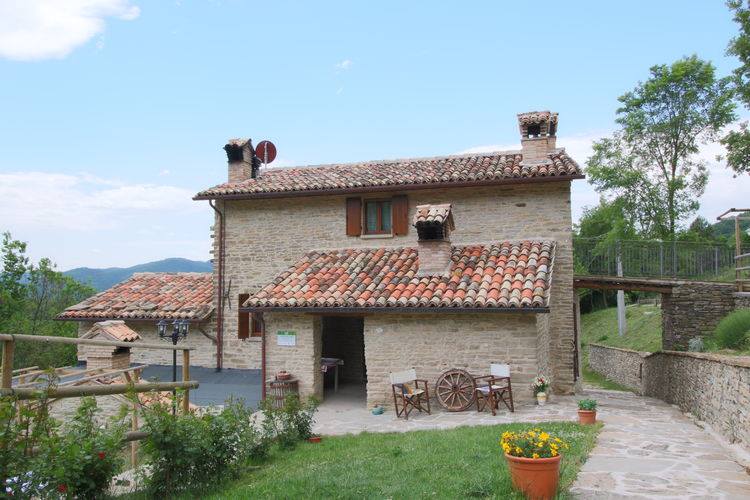 Casale del Barone is a "real" holiday farm, located in a pristine environment, inside a farm with organic production, in which they breed cattle, sheep, pigs and farmyard animals.

It is near the ancient and charming center of Mercatello sul Metauro, placed at the foot of Massa Trabaria, the part of the Apennines which marks the border between the Marche, Tuscany and Umbria. You can easily reach important centres of art and history, such as Urbino, city of the Renaissance, Sant'Angelo in Vado and his truffle festival, Urbania and its ancient production of ceramics, and also the fortress of San Leo, Sansepolcro, Gubbio, Fano, Mondavio.

The ancient rural stone house, dating back to the fourteenth century, has been completely renovated, largely employing the original materials and using modern techniques of green building.

The guests have access to a swimming pool, a bowling green and an area for archery, and may test the fabulous local cuisine, made with produce of the farm itself.